The Chrome team have announced a new packaged app that makes Chrome app and extension development even easier than before.

The new Chrome Apps Developer Tool still resembles the built-in Extensions page, but no longer reads like an interminable list of apps and extensions to rummage through every time you need to uninstall one.

The new development tool breaks down the long list of add-ons into Apps and Extensions (and if you’re still confused about the difference, we’ve given a quick rundown) and bifurcates each list again by separating packed from unpacked add-ons.

Whether you’re drowning in a sea of extensions or dog fooding your own apps, separating extensions from apps and packed add-ons from unpacked makes it clear which add-ons you’re working on and makes sure they’re always at hand at the top of the list.

Like the built-in Extensions page, you can reload add-ons, view permissions, inspect pages, and uninstall each add-on as needed, but all these essential actions are now in neat rows below descriptions.

Packing an add-on from the Extensions page meant pointing Chrome to your add-on’s folder again; but the app lists a “Pack” option with every unpacked add-on, making the last step to uploading to the Web Store a cinch. And for add-ons installed from the Web Store, a “View in Web Store” button takes you straight to its listing.

Even consumers making heavy use of apps and extensions will appreciate a few nice features from the Apps Developer Tool. The search bar “live filters” add-ons based on name instead of using in-page searching like the Extensions page. And if you’re eagerly awaiting a new update, you can now update each add-on individually rather than updating the entire lot at once.

The only downside I’ve noticed, however, is the lack of drag-and-drop support. The Extensions page lets you drag and drop an add-on’s folder to install it, but the app has yet to support this. If your workflow is mouse-heavy, you might want to wait for an update.

But all of these features raise an important question: what’s going to become of the Extensions page? Why roll out a separate packaged app with a vastly improved layout instead of updating the built-in add-ons page? Indeed, the very name “Extensions” leaves out Google’s recent emphasis on packaged apps and all the aforementioned niceties would be a tremendous step up for consumers as much as developers.

Whatever lies ahead, the Chrome Apps Developer Tool is a simple, but much needed rejigging of the add-ons page.

Get the Chrome Apps Developer Tool 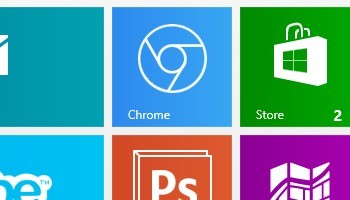