The end is nigh for NPAPI plugins in Chrome, as Google this week confirms it is on track to remove support for the antiquated plugin format from its browser by next year.

As drastic as the deprecation of a plugin architecture may sound on paper, the fact is few of us will be negatively impacted by the change. NPAPI plugin usage has long been on the wane thanks, in part, to developers switching to newer, modern and more efficient alternatives, like PPAPI, WebRTC and HTML5.

‘Google say Chrome/ium’s security, speed, and stability will all be improved by the removal’

Google say relieving the Chromium codebase of the legacy cruft will result in “security, speed, and stability” improvements. It has previously cited the ageing API as the “leading cause” of most security incidents and crashes, and adds that each milestone in its removal brings us “[…]closer to a safer, more mobile-friendly web.”

The single most used NPAPI plugin still in use is Microsoft’s one time Flash rival Silverlight, a platform even it has now all but abandoned. Google Talk remains the second most used on 7%, though the arrival of plugin-free voice chat in Hangouts makes that moot. 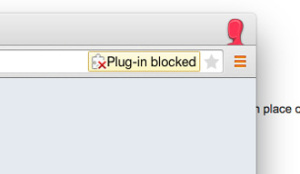 Most NPAPI plugins are blocked by default on Chrome and require the user to ‘click to play’. A whitelist exempts a few of these, including Microsoft’s Silverlight.

Come January 2015 it won’t be quite so lucky; the whitelist will be removed and all plugins will be blocked by default, then disabled, and then support for them removed entirely.