After showing up in the Chrome OS Canary channel last week, improvements to the ‘Ok Google’ voice search feature have landed in the Dev channel.

In the video linked above, Googler François Beaufort demonstrates similar functionality to the voice search features that landed in Chrome OS Canary builds.

Like in Canary builds, the feature can open your collection of Chrome Apps and the built-in Chrome OS apps when searched for by name.

Voice search can open your Chrome Apps by name

Simply open the App Launcher and say ‘Ok Google’ to start a voice search like previous Dev builds. But unlike previous builds, saying ‘play music’ will now show the results with a three second timer under the search box and will open the first result if left alone – in this case the Google Play Music web app.

Similarly, a simple query for “images of kittens” opens a Google search after three seconds with enough kittens to sedate even the grumpiest of grumps. Pressing any keys or starting another query by saying ‘Ok Google’ again will cancel the three second timer, so a query isn’t set in stone if saying “NPR” results in “PBR” instead.

Canary builds also included a feature that opens sites directly when adding a ‘.com’ suffix to the end of your search term – e.g., saying ‘omgchrome dot com’ would take you directly to this site.

The latest Dev release won’t open a query like this directly, but will usually pick up on the fact that you’re saying ‘amazon dot com’ and open the Amazon website after three seconds. But I did have trouble with two-word domains like ‘omg chrome’ or ‘the guardian’ leaving a space and taking you to the Google search results instead.

Voice search still requires manually pressing the microphone icon, but Google has been working on an hands-free always-on ‘Ok Google’ feature in recent Chromium builds. A few issue aside, the Chrome team’s brisk pace on voice search is good news for the many fans of the ‘Ok Google’ feature. 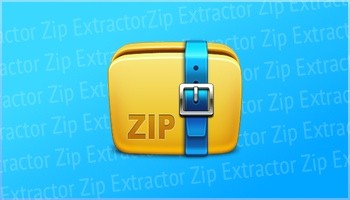 How To Extract Zip Files on a Chromebook
Read Next