Toshiba appear to be readying an update to its 13-inch Chromebook, first launched back in January.

The only Chromebook model currently available from the Japanese multinational uses a Haswell-class Intel Celeron 2955.

We’ve also heard from a well-placed reader that SKU listings for a similar device, albeit one listed with an Intel N2840 processor and available in black, have begun appearing on select third-party websites, and that, quote:

Bay Trail, Wi-Fi and possible color differences to one side, the Chromebook will also feature a 13.3-inch HD matte backlit display at the usual resolution (1366×768 pixels), 2GB of non-expandable memory, a 16GB SSD for storage and USB, HDMI and SD card reader ports.

The switch to Bay Trail bumps the battery life one can expect to get from the device from 9.5 hours (Haswell model) to 10.5 hours.

As of writing there’s no definite date on when — even if — this model will go on sale, nor how much we can expect it to cost. The official website lists it as unavailable. Based on the timeframe of previous leaks I’d wager that it’s probably closer to release than not.

Other Bay Trail Chromebooks available include the ASUS C200 and C300 and the new HP Chromebook 11 G3. 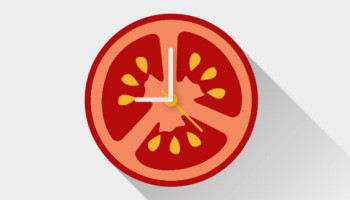 TimeDoser Is A Handy Pomodoro App for Chrome
Read Next