With the IPS packing Toshiba Chromebook 2 now available to pre-order in the UK from Amazon, many of you debating a potential purchase will be turning to reviews.

As one of the retailer’s biggest selling products in the US there is no shortage of reviews of the notebook on Amazon itself.

Now, and at this point I’d be thinking the same thing, Amazon reviews are sometimes a great read for all the wrong reasons.

Best Amazon Review of a Chromebook Ever

Unlike reviews on technology websites, where devices are ‘loaned’, Amazon reviews have the benefit of emotional investment on the part of the reviewer.

What real, regular folks make of something, its drawbacks and strengths, is more relatable to us than a detached tech blog opine.

Even so, most of us don’t tend to associate in-depth, thoughtful critique with “user reviews”, especially in technology and especially on Amazon. We expect banal comments about excessive packaging, delivery speeds and other trivialities mixed in with ill-judged remarks highlighting the buyers’ own flaws rather than those of the product itself.

Agreement and consistency is a rare victor in the colosseum of ‘my opinion’.

But I recently came across a well written, comprehensive and fair review of the Toshiba Chromebook 2 on Amazon written by a user called ‘BKarno’.

BKarno‘s Amazon review is, to my mind, the definitive review of the Toshiba Chromebook 2. It’s not steeped in apologies for what it can’t do but is a Chromebook reviewed as a Chromebook, not a drop-in Windows laptop replacement.

Even the title of the review, ‘If You Don’t Need Lightning In A Bottle, This Is The Chromebook For You’, is an indicator of the balanced take. A comprehensive summary touching on every area of the device. It’s honest about its shortcomings but doesn’t needlessly overhype its successes, either.

Next time you have a spare 10 minutes hop on over and read it. It may not persuade you to buy the device but it will convince you Amazon reviews are, with a little digging, well worth paying attention to.

Amazon Review of the Toshiba Chromebook 2 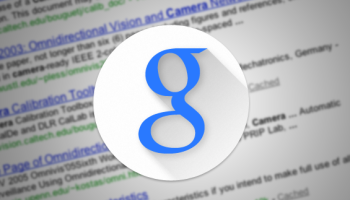