Apps can tell Chrome of their capabilities, much like a real app on your computer. No longer does a web app programmer need to develop and include all necessary functionality — they can simply tell their app how to connect to other apps.

Web intents have been present in Chrom/ium since v19, but yesterday with the release of 24.0.1305.3 it was upgraded to allow intents from any website, not just those originally developed for testing it.

What is a Web Intent?

Think of it like this. If you want to use a file in an app on your computer, you click ‘Open’ and you are presented with the system’s own file-chooser. The app itself doesn’t need to know how to open files — the file-chooser manages that part.

Selecting a file using web intents means Chrome can give you a list of web apps to choose files with. The web app you are using doesn’t need to know how to get a file from something like Google Drive — the intents system will just give it the file. At present, Cloud File Picker is a Chrome extension which plugs into Google Drive and PicasaWeb. Pretty soon we are likely to see other popular apps like Dropbox, SkyDrive and Ubuntu One gain web-intent support.

Web intents work in a similar way to protocol handlers. Gmail and Google Calendar are prime examples of a web app registering a capability — when you click on an email address, Chrome says “Oh! Gmail can deal with that. I’ll send you there instead of launching your desktop client.”

This file handling extensibility makes sense as the next logical step for web based computing — anyone who has used a Chromebook will know file management is still pretty awful. Being able to keep the entire process internet-based will be a godsend.

How will it benefit me?

The current state of web app integration means it takes far too many steps and clicks just to edit and share a photo online. You would have to download the image, upload it to the image editor, download the new version and upload it again to share it. With web intents, the flow would be far smoother:

Google Drive apps work in a similar way, and are already designed to do exactly this, so I would expect to see them becoming “web-intent compatible” soon as well. Web intents could change how we manage our online lives.

Development in this project is also happening outside of Chrome. IE has unsurprisingly shown no interest whatsoever. Mozilla are working side-by-side with Google on a similar project for Firefox dubbed WebActivities, although in my opinion their approach isn’t as good as Chrome’s implementation.

Please note this new web standard is still under heavy development, and this is only in the Dev/Canary channels, and is only available on sites which have already implemented it. Google’s Chrome Web Store already has a bunch of intent-ready apps. 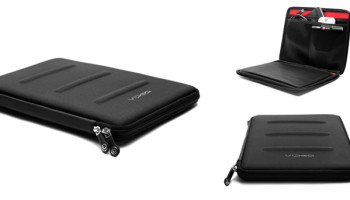