With rumours of ever-more Chromebooks making their way to market it’s easy to forget that there are already a bunch available.

It’s almost been 2 years since the first Chromebooks – the Samsung Series 5 and Acer AC700 – went on sale. Prior to that Google gifted a prototype Chromebook to a raft of willing testers across America in the shape of the CR-48.

The Chromebook only truly hit success last year. The over-priced but competently-powered Samsung Series 550 was a fine showcase Chrome OS and its new ‘Aura’ desktop.

But true – and unexpected – popularity came with its follow up – the Samsung Series 3 (later renamed ‘Samsung Chromebook‘, a change as if to underline the true starting point of the Chromebook era). The combination of mobile hardware, slim and light form-factor, and incredibly cheap price made it an instant hit.

Even today it sits as the ‘best selling’ laptop on Amazon.com.

The most recent Chromebook is the premium-grade, eye-wateringly-expensive Google Chromebook Pixel.

What Chromebook do you own, or have owned?

Home » Editorial » Which Chromebook Do You Own? [Reader Poll] 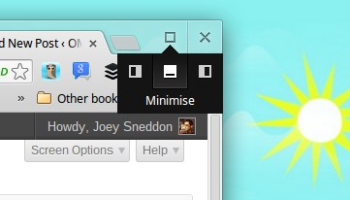