Koushik Dutta, the developer behind ROM Manager and ClockworkMod, recently revealed his AirCast Android app for streaming local content from your Android Gallery, Dropbox, or Google Drive to your Chromecast.

Though the app is set to “self destruct” tomorrow, Dutta’s work fills a large hole for many folks with their own digital libraries. In our first look at the Chromecast, we showed off the at-launch support for YouTube, Netflix, and casting tabs through the Chrome extension; but being able to stream your own content from your personal media library was nowhere to be seen.

There’s speculation that Google left out this functionality to ease negotiations with content providers worried about piracy, and Dutta has indicated that his app gets around the Chromecast’s whitelist for apps through reverse-engineering the device’s protocols.

Whether or not Google patch this workaround and ultimately prevent apps like AirCast from functioning at all in the future, there’s nothing in the SDK to suggest that streaming local content is a technical limitation – AirCast’s existence being proof after all.

Streaming video using the AirCast app proved rather problematic, however, as the breadth of codec support is fairly narrow.

No doubt your mileage will vary when AirCast and other similar apps are released. For some users, converting your digital collection for the Chromecast may be worth the trouble, but for others, the Chromecast will still fall short.

But if the AirCast piques your interest, don’t be alarmed by the beta’s self-destruction. Dutta plans on releasing more betas as he receives feedback and crash reports. 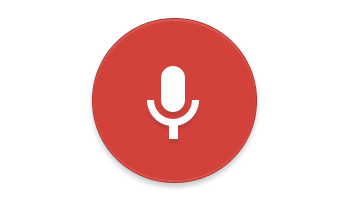 Quick access to Google voice search in Chrome
Read Next