An improved Bing search experience is coming to Google Chrome — and it’s all thanks to Microsoft.

In a recent code commit to the browser, and already pushed to Canary and Chromium builds, a ‘new tab page for Bing search engine‘ has been added and appears when the search engine is set as default.

The change, first noted by Dinsan Francis, comes via Mike Schechter, the Principal Group Program Manager at Microsoft. Schechter’s team is tasked with making sure “every Bing search results page includes the most relevant, comprehensive, and trustworthy results possible”.

In adding this new landing page, the team will be hoping to better serve those Chrome users opting to use its search engine over others. And it’s certainly needed; at present the only way to access alternative search services is through omnibar and context menu searches.

Google’s recent revamp of its own new tab page added a large search box and reduced the size of speed-dial thumbnails. As the starting point for most users’ web adventures, these changes didn’t go over well. Might Microsoft’s Bing-powered option find favour with those dissatisfied?

Based on the code committed at present, probably not.

The change is nothing drastic; it adds a URL redirect when a new tab is opened that loads a Bing search page (specifically bing.com/chrome/newtab).

Update April: The page has since been modified to resemble the standard new tab page, adding both a bing bar with auto-complete and thumbnails.

The addition of a custom landing page will prove infinitely more useful to Bing’s users than the current approach. Right now, selecting any alternative search engine defaults to offering up a plain speed dial in every new tab:

Bing is not the only alternative search service offered by Chrome, so it’s possible that similar changes for Ask Jeeves, Baidu and Yahoo! may land in the future. For now, these continue to work as described above.

It this change may read like the kind of machiavellian move made by a warring family in a George RR Martin novel, it does make sense. Now firmly in the post-Ballmer era, the cheap shots and mudslinging of Microsoft’s ill-judged and ill-received ‘scroogled’ campaign have given way to a mature acceptance of other platforms — and a willingness to engage with them.

Enhancing the experience of Bing on Chrome makes sense for Microsoft; it gives it an ‘in’ on one of the most used browsers and the growing Chromebook market.

If you have Google Chrome Canary installed you can try the change by setting the default search engine to Bing under Settings > Search. 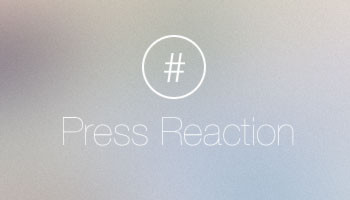