Last week we wrote about a couple of tempting deals on HP’s latest Chromebooks in the UK. If you’re one of the many US readers who felt a little left, you’ll want to read on… 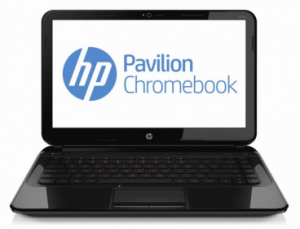 Black Friday – the infamous, annual stateside shopping event that takes place on the friday following Thanksgiving – is almost upon those of you in America.

For one day, a band of big name retailers slash their prices in an effort to boost buying and add fuel to the start of the festive shopping period.

Start as you mean to go on, and all that.

All sorts of goods are discounted but it’s big-ticket items, such as smart TVs, laptops & tablets, that are the most sought after.

Staples – who seem to sell everything but their namesake these days – will reportedly be offering HP’s older, but no less capable, HP Pavilion Chromebook 14 for just $180 on November 29th.

The notebook will also be available from BestBuy but at a higher ‘discounted’ price of $229 – but that’s still a $70 saving.

Also on sale at the superstore will be the much-maligned Chromecast at $29.99 – a saving of $5 on its regular selling price.

You may not need to brave the cold to get a Chromecast under $30 either, if Walmart’s supplies last online or your local store stocks the $29.98 Chromecast.

As Black Friday deals tend to be one day only, first-come-first-served, and whilst-stocks-last affairs you may want to get to your nearest store as early as possible if you’re hoping to bag one. It’s also worth noting that not all deals are carried online.

Seen/know of a tempting Chromebook deal? Be a champ and let us know about it! 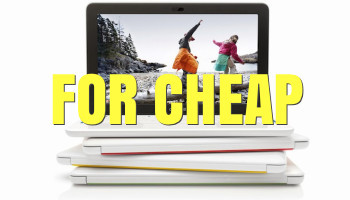 HP Chromebook 11 Already Discounted to £199 in UK
Read Next