A new tool makes it easy for Windows users to run an up-to-date version of Chromium, the open-source browser Google Chrome is based on.

Chromium daily builds are easy to find; several sites publish ‘nightly’ snapshots that you can download and run.

But these builds aren’t necessarily stable, and don’t automatically update.  To keep your browser up-to-date you have to remember to go and download a fresh version every few weeks.

‘Chrlauncher‘ is a free, open-source Windows app that can download, install and updates Chromium for Windows to the latest stable(ish) version.

I say stableish because Chromium does not have an official stable release. It is continuously in development. Instead, snapshots of ‘last known good build’ are periodically offered up as a ‘stable snapshot’.

The tool uses builds published to the Chromium Continuous repository, Google’s storage locker for builds that are known to be ‘good’ or of ‘release quality’.

If that sounds far too stable for your liking, the tool is able to grab a more recent ‘good’ build. Think of this as the Chromium version of the Canary channel on regular Chrome, i.e., development version with possible new bugs, but free of major regressions or breakages.

Chrlauncher, as well as the version of Chromium it downloads, are portable apps. This means you can run them from anywhere, be it a USB stick, Dropbox folder or SD card, without needing to “install” them.

As this is a portable version of Chromium all your profile settings, bookmarks and extensions don’t interfere with any other Chrome profiles or settings on your system.

The tool stores the Chromium binaries in the \bin folder, and keeps your profile and user settings in the \profile directory.

The app is similar to the (just as awesome) Chromatic tool for Mac OS X.

Chromium differs to full-bodied Chrome browser in a number of ways.

For one, Chromium doesn’t have a built-in PDF viewer (though that’s in development), it also doesn’t come with the latest Adobe Flash plugin built-in, and it can’t play some media files due to codec licensing restrictions.

On the plus side Chromium is a great way to use the very latest, bleeding edge features as they’re developed but without sacrificing

Chromium is also useful for developers as it allow you to install extensions from places other than the Chrome Web Store (though this is a possible security risk).

Unzip the .zip archive using Windows’ built-in decompression tool (or a third-party one of your choice) and then run either the 32-bit or 64-bit runtime (depending on your own system architecture).

The first time you run Chrlauncher it will check to see if you already install Chromium if it’s not already present. If it is it will download the latest version to a subfolder and launch it for you.

If no update is available — which, given there are at least three or four new Chromium daily builds published each day, is unlikely — the app will launch Chromium for you.

It downloads a portable version of Chromium that doesn’t get “properly” installed (i.e.,  it won’t interfere with your existing browser settings, and you can keep on a USB stick or external hard-drive if you so prefer).

But this does mean you won’t find it available in the Windows start menu.

The included .bat file is able to set Chromium as the default browser in Windows. But unlike the ‘portable version’, this will affect local settings. It should also be noted that there’s no easy-way to undo the changes the install .bat file makes to your system. Our advice: leave well alone. 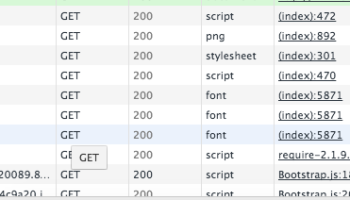