Rewind back to the middle of July and amid the balmy British summer Google Chrome came under heat from Windows users for consuming as much as 25% more battery than other browsers.

The cause of the battery drain was levelled at a technical-sounding internal setting known as the “System Clock Tick Rate”, a task responsible for waking the processor at a given interval to ensure the browser has enough power to handle what it’s doing.

Internet Explorer and Mozilla Firefox use a default SCT rate that will call on the CPU around 64 times per second under typical usage. Chrome, however, was a little more needy. Its SCT rate was set to wake the CPU as much as 1000 time per second — even when left idle in the background!

Temper the outrage. Fixes for the issue have arrived in the latest batch of Chrome beta builds.

Fast forward a few months and fixes for the rogue “timer issue” are now beginning to filter down to the browser’s Beta channel users, fixes that Chromium developers will be hoping address the rogue battery issue on Windows once and for all.

Among several commits by Chromium’s Carlos Pizano aimed at addressing the ‘high resolution timer’ issue is this one:

Has Tick Rate Been Fixed?

Do these recent commits make a difference to power consumption?

This being Beta — ergo, there are a multitude of other changes, bugs, etc. at play — it’s too early to say one way or another. But performing a totally unscientific, “leave it open and see” test, I can say that battery life on my Windows 8.1 tablet did not drop as quickly as it has in the past. Obvious caveat being this might be down to a multitude of reasons besides Chrome.

The real impact of these fixes, not to mention any yet to arrive, is only likely to become apparent when the feature rolls into the Stable Channel releases. Then, with more eyes, hands and technical aptitude examining the changes will we really be able to know.

You can download Chrome Beta for Windows from Google. 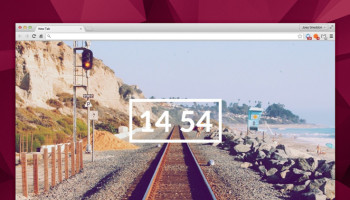 Embark Is a Minimalist, Photographic New Tab Page for Chrome
Read Next