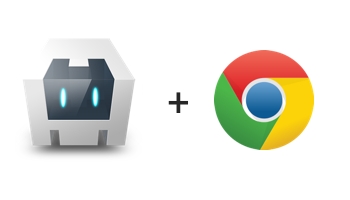 Google have released a preview of a toolchain to help developers bring Chrome Apps to Android, iOS and other mobile platforms.

Google’s toolchain is based on the Apache Cordova project which provides a single mobile development framework for developers to bring apps based on HTML5, CSS, and JavaScript to multiple platforms.

“…this toolchain provides a simple workflow for extending the reach of Chrome Apps to users on mobile platforms.”

These Chrome APIs are in addition to the existing Cordova APIs that give developers access to lower level hardware and software features like the camera, accelerometer, and files on your mobile device.

As this is a developer preview, only a few Chrome APIs are currently implemented. If your app relies on USB access, CPU and memory stats, or even NaCl, you’ll need to wait for now. APIs may be limited by the mobile platform you’re developing on as well. IndexedDB, for example, is only supported on Android KitKat – not an unexpected limitation considering a Chromium-based WebView only made its debut in the latest Android release.

For developers looking to bring an app idea to multiple platforms, Cordova provides one of the more painless ways of doing this. And the new Cordova-based toolchain for Chrome Apps makes it that much simpler to provide a common codebase without delving too deeply into the specifics of Android or iOS.

To find out more about packaging your Chrome App for mobile platforms or to help contribute to Google’s open source project, check out the GitHub repo linked below.