An alleged Chromecast thief was left spitting popcorn after the dongle’s original owner tracked it down and casted an official-sounding security warning to his TV.

The “borrowed” Chromecast had only moved a few feet from one student apartment to another, but was close enough to be detected and a fake anti-theft warning to be cast to it.

“I had my Chromecast stolen today but managed to get it back already! I found it on one of the WiFi networks within the student accommodation I am staying in. I casted an image I made in GIMP displaying a message stating that the device was stolen, had been tracked and that the police would be contacted if it was not returned immediately.”

There is no built-in anti-theft measure available for Chromecast users to use in situations like this. No ‘FindMyiPhone’ or ‘Android Device Manager’ style garb. So  Charlie wanted to make his fake message sound “scary” enough to seem as though it was a genuine  warning of genuine consequences.

And… It did the trick! Underwear no doubt dampened by its sudden appearance the sticky fingered fellow magically, coincidentally came a-calling ‘within minutes’.

“The idiot is outside apologising saying he only “borrowed” it and was going to bring it back.”

What a conscience, eh?

This story wouldn’t be quite as humorous had it not been for pure happenstance. Charlie lived in the same apartment block. His device had only relocated a few metres and to somewhere he knew the Wi-Fi password for, and the (alleged) crook hadn’t been wily enough to change the Chromecast name.

Even with prices falling as low as $18, some folks just can’t fight the impulse to have one. Theft isn’t idle business, so while it may be that this guy really did just “borrow” it (hmm), there really is no excuse for not asking permission first. 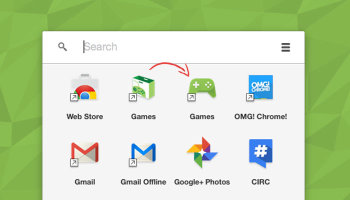 Finally: Chrome’s Forgotten Games “App” To Get Update
Read Next