We knew it was coming but its exact implementation remained a mystery – until now.

The new Chrome Notification Center has finally been shown working on Linux.

The feature, which brings with it a new set of new ‘Rich Notifications’, stores web service and app alerts inside a drop-down menu until a user has seen, dismissed or acted upon them.

Various Mac and Windows builds of Chrome have included the feature by default for several weeks.

The tray icon for the Linux implementation is, at present, similar to that used on Windows (see below), as is the pop-up style display of the centre itself.

There’s no firm date on when the feature will be available for Linux users to try, but chances are it’ll appear in Dev Builds soon enough. 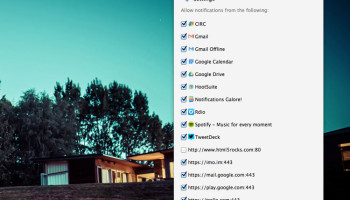