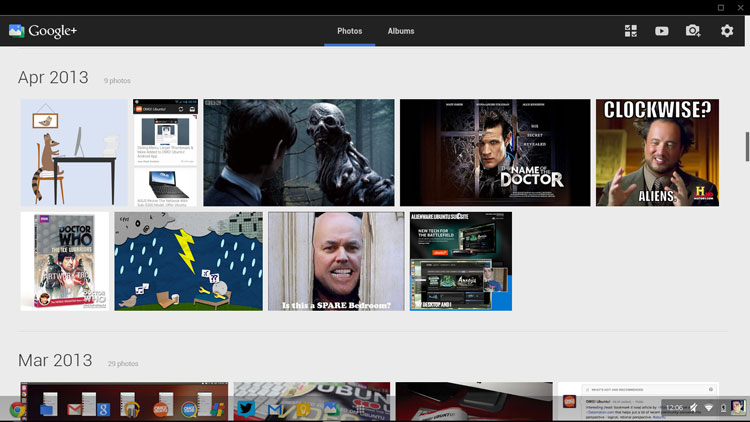 A Google+ Photo app (previously known as ‘Pulsar’) was released exclusively for the Chromebook Pixel yesterday evening by Google.

The application, which as the name suggests hooks into your Google+, allows you to browse, manage and edit your existing photos, as well as quickly upload new ones through a file picker or auto-upload feature.

And, like all good packaged applications, it runs offline too.

But what if you don’t own a Pixel? Are you being left out? No, as it turns out. 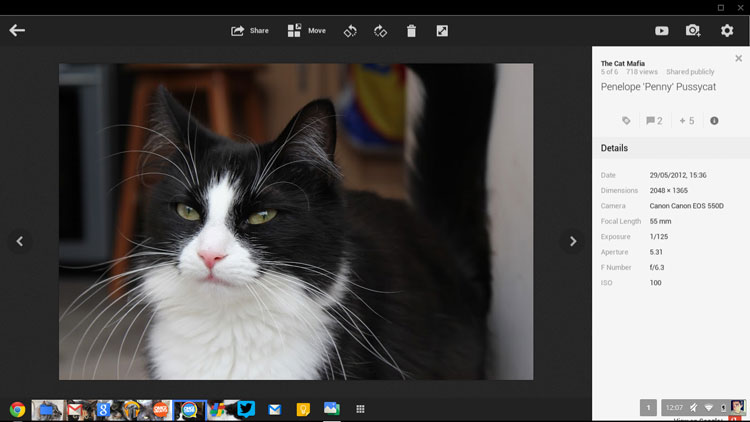 The app is working fine on both my Series 5 and Series 3 Chromebooks, and HP and Acer C7 users are also reporting success. The app does not work on other operating systems.

Officially, Google has said that it’s working to bring the app to all Chromebook owners in due course, albeit but with no definite time frame. No idea how long the current version will remain available for all Chrome OS users, so you might want to nab it now just incase it’s removed or restricted at a later date.