The release of Chrome 32 for iPhone and iPad an optional data-saving feature that compresses pages through Google’s servers before they’re delivered to your device. The search giant claims it can as-much as halve typical data usage.

The feature can be turned on through Settings > Bandwidth > Reduce Data Usage. 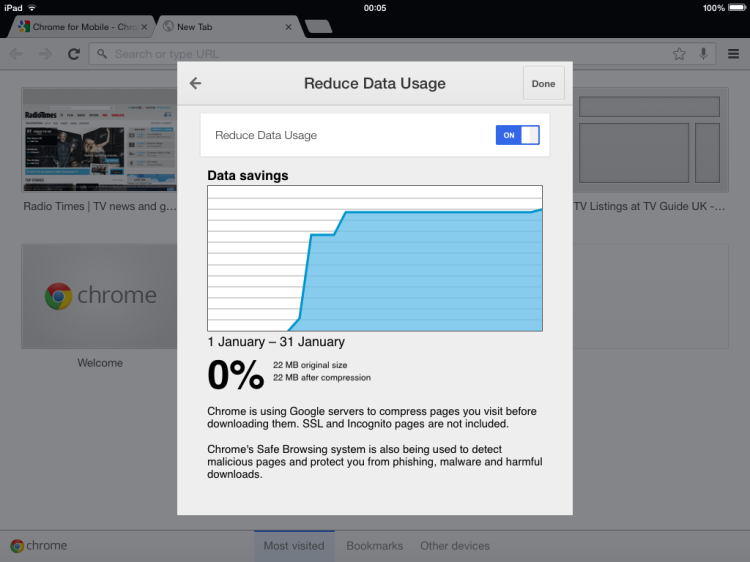 Other improvements include a new translation bar when viewing web pages in other languages, and the usual smattering of security and stability improvements. The latter set addresses a performance issue affecting Google search in Chrome on iOS 7.

A redesigned new tab page is also rolling out alongside the update. Google say iPhone users can expect to see it first with iPad owners following thereafter.

Google Chrome 32 is available from the Apple App Store, supporting devices running iOS 6 and above.