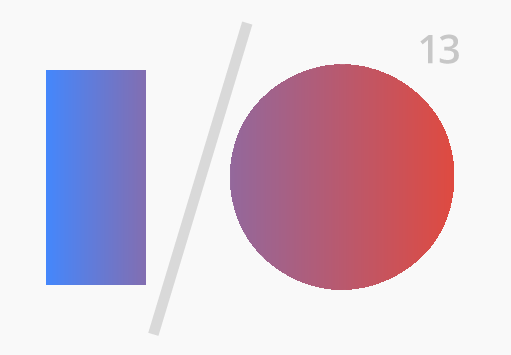 Its that time of year again! Google’s main developer event in San Francisco, Google I/O, now in its 6th year, kicks off next week. But what can we expect from I/O 2013?

The 3 day event is where Google reveal a few major announcements for the year ahead, as well as giving web developers the chance to speak to Google and other developers about how to build great Android and Web Apps.

Google I/O will start this Wednesday (15th May), and we thought it would be a good opportunity before the event starts to speculate what might be announced during it.

We have compiled a full list of all the rumoured news and the chances we think it will appear at I/O.

Since Google bought Motorola last year, speculation has surrounded what Google will do with its newly acquired hardware manufacturer. We have yet to see Nexus or Google TV devices come from Motorola, only the standard assortment of skinned-Android devices.

The rumoured X Phone is likely to be first directly-controlled device by Google. We are still unsure what this device will be. Rumours point to a highly customisable hardware device, in which users can decide what hardware they want on their phone.

They only guarantee we have so far is that it will not be a Nexus device, it is not going to replace the Nexus 4. It is likely to ship with stock Android, but with Motorola customisations installed.

Chance of Announcement: 60% – This device has been rumoured for a while, but a release date points to second half of 2013. We may see Motorola make announcement at I/O. However, since it is not a Nexus device, Motorola may choose to host their own press event.

Google Glass has created plenty of buzz since last year’s event, and we now have a very good understanding of what the product is. Google Glasses are starting to be given to developers, and we expect more to be given out during this year’s event. Sergey Brin has stated that Google Glass will ship to consumers at the end of the year.

Chance of Announcement: 100% – We will be very surprised if we hear nothing from Brin about Glass. We expect to see Apps for Glass, firm release date and price.

Next Version of Android

It has been over a year and a half since the last major version of Android, Ice Cream Sandwich. So it is about time. We are not going to predicate what to features to expect in Android 5.0, it could be anyone’s guess. While Android 5 is long overdue recent news suggests that we will see Android 4.3 Jelly Bean at I/O instead. Android news websites have spotted traffic from Nexus 4, 7 and 10 devices running Android 4.3, which could be Google testing the new version of Android on these devices.

Chance of Announcement: 90% – At Google I/O, we are pretty sure a new version of Android will be shown off. A leaked Qualcomm documented earlier this year we should expect Key Lime Pie released in Q2 2013. However, there is every chance it will not be Android 5.

Though, the next version of Android is due, and rumours point to a I/O announcement. 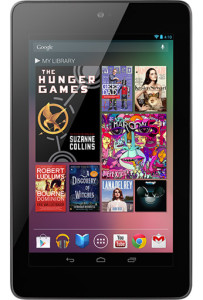 The Nexus 7 launched at last year’s I/O, and since Nexus devices are on a yearly cycle, it makes this prediction the easiest one on the list.

I am very certain we will see a new 7 inch tablet from Google, likely to ship with the next version of Android. Rumours point to a Asus-made tablet with a higher resolution display featuring a Qualcomm CPU priced at $199.

Chance of Announcment: 95% – This will happen, though no official word.

This may be a surprise to some to see listed on our predictions for I/O 2013 list. We have just mentioned that Nexus devices operate on a yearly cycle, and the Nexus 10 was released last November. So is a Nexus 10 replacement likely? Probably not. However, it would not surprise me if Google did announce a new 10 inch tablet.

Tablets do not exactly follow the yearly cycle like phones, we have seen both Apple and Samsung released updated tablets within months of its predecessors. Also, Google may want to keep their tablet releases in-line with each other. It would make sense to release a new Nexus 7 with a new Nexus 10.

Chance of Announcement: 30% – Its unlikely, plus there has been no rumour news for a Nexus 10 replacement. But it wouldn’t surprise us if Google broken the trend.

The rumours surrounding this we finding highly annoying! A Nexus 4 replacement will not happen. End of.

Chance of Announcement: 1% – Google’s next Nexus smartphone will be out in October/November 2013. No news on name (it might not even be called Nexus 5), No news on hardware or manufacture. Rumours from these rather obscure websites are just trying to gain some attention.

Rumours, leaked screenshots and code spotted in Chromium all point towards a new notification centre for Chrome OS and Google Now coming to Chrome. We have seen a basic form of Notification centre in the dev channel of Chrome OS.

We could see a fully functioning notification centre at I/O. Code supporting Google Now coming to Chrome has been spotted in the dev channel of Chrome, but the feature is not working yet. We could see a working demo of Google Now on Chrome at I/O.

Chance of Announcement: 80%  – We always see big features for Chrome and Chrome OS showed off to developers at I/O, and since these two features are likely to be biggest change for Chrome in 2013, we expect to see a demo at I/O. Plus, thre is bound to be new APIs which take advantage of Chrome’s new notifications, I/O is the perfect place for developers to understand how to best use these APIs. 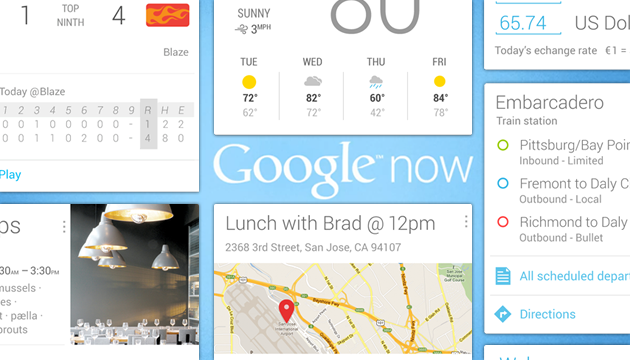 Chance 0f Announcement: 60% – Rumours have been strong relating to a music subscription service, and Google’s need to keep up with the competition since both Apple and Amazon are likely to announce subscription music later this year. However, it is believe Google’s new music service will not appear until the last part of 2013, so a Google I/O announcement may be unlikely.

Google TV has been fairly quiet in the past year. No new hardware, only minor software updates. Google states that Google TV is still an important product for them.

Chance of Announcement: 100% – Google TV team have confirmed on Google+ that there will be news at Google I/O, though we don’t know what. We are expecting a full software overhaul and new hardware. We would love to see a Google-made Google TV box. Could the Nexus Q reappear as a Google TV box? 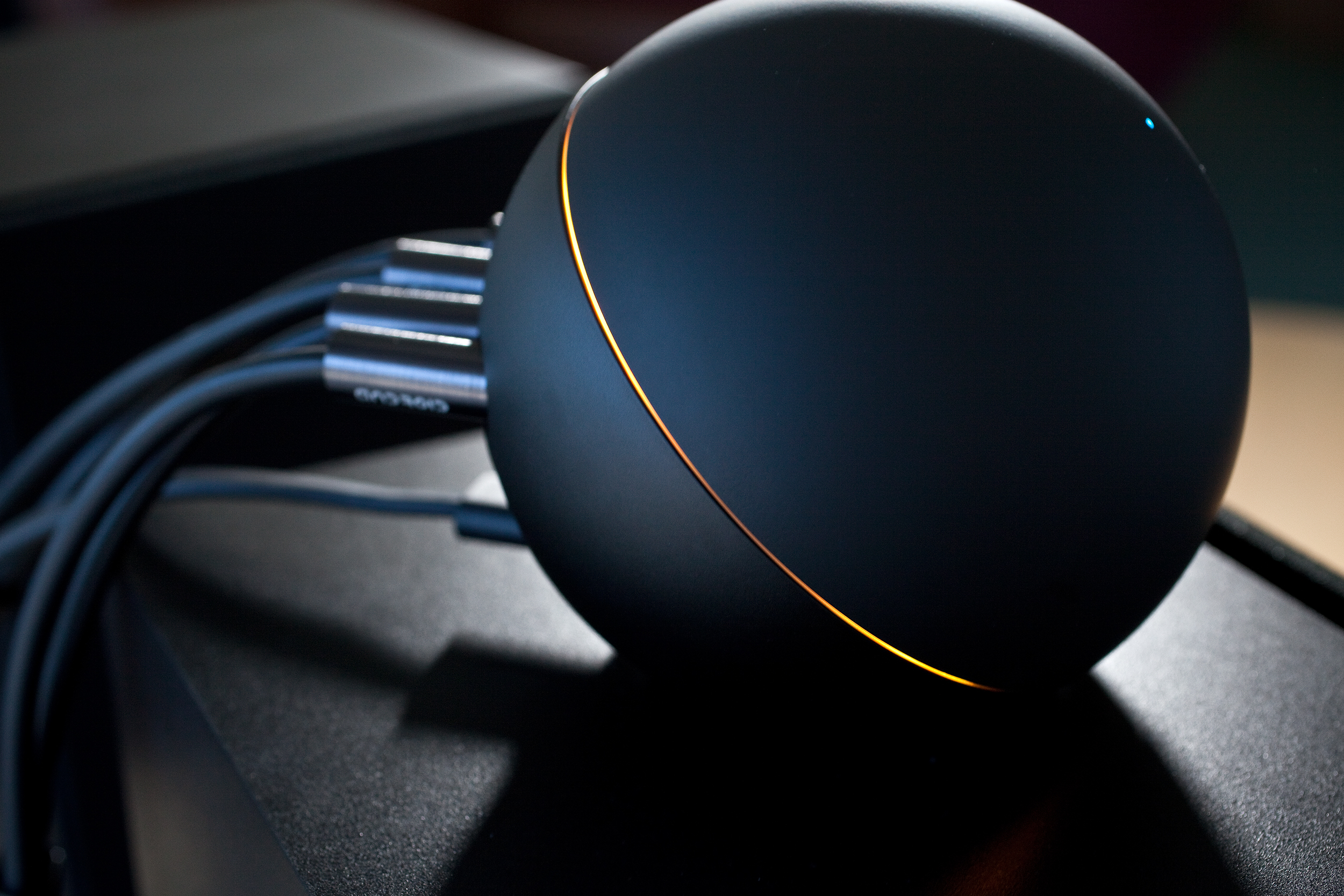 Announced at last year’s Google I/O, the Nexus Q was Google’s attempt at a home entertainment system. Praised for its design, but its high price and limited functionality lead to the death of the device. Google refunded customers, and mentioned that Nexus Q will be redesigned for a future re-release.

We have yet to see any news around the return of the Nexus Q. The original Q was limited to streaming Google Play Music and Movies content, with the addition of a YouTube player. We would personally love to see the Nexus Q ship with Google TV.

Chance of Announcement: 60% – Google did hint towards a return of the Nexus Q last year, but we have heard nothing since. We may see the return of Google’s entertainment device, but there has been no news or rumours pointing towards the re-release of the Nexus Q.

Google Play offers a variety of content for Chrome and Android users to consume. A recent leak has exposed a new section coming to Google Play. Google Play News is rumoured to sell newspapers and for users to subscribe to certain newspapers. Very similar to how Google Play Magazines operates.

Chance of Announcement: 80% – The rumour seems plausible, a likely addition to the Google Play Store. Google announced the addition of TV shows to Google Play at last year’s I/O, so it seems likely we could see newspapers this year.

There has been mentions of a Unified IM client in Chrome OS code and rumours of a new app called Babel to unify all of Google’s Messaging Services.

Chance of Announcement: 80% – There has been no news to point to a Google I/O announcement, but since it is quite a significant overhaul to Google’s messaging services, its likely to be a good opportunity to show it off at I/O. Plus, the Babel Android client may come part of the next version of Android.

Gaming within Google’s ecosystem lacks any unified system, it is spread out across different services and platforms. Users can play games via the Chrome Web Store, social gaming on Google+ and Android gaming on smartphones and tablets. Apple released Game Centre 2 years ago which unifies gaming across all iOS and OS X devices and provides a social layer to gaming.

Google should launch a similar unified gaming network. It can be integrated into Google+ to import your friends and their profiles, it could feature leaderboards and achievements  A gaming news feed can notify when your friends have received an achievement or beaten a high score. Google could also open up gaming on Google TV to providing users a Android gaming console. Since we posted this article on Friday (10th May), over the weekend many new rumours have appeared confirming new hardware and pointing to possible new products. For starters, we all predicated a replacement for the Nexus 7 to be announced during this year’s event. New rumours point to a new 7inch tablet with a high resolution (1920 x 1200) display powered by a Snapdragon 800 CPU. It also appears the new tablet may still be called Nexus 7, similar to Apple’s iPad naming scheme.

Rumours also point to a updated Nexus 4 with LTE and 32GB storage, which many customers have been carrying out for. However, this is not the Nexus 4 replacement many have speculated, it is still the same phone released last November.

Finally, rumours point to a second wearable-device from Google. A smartwatch may be shown off on Wednesday, which will display Google Now cards and be synced to your phone.

What are you hoping Google will announce at Google I/O?