Chromebook video commercials are fun, lively affairs and the latest effort by HP to promote their new devices certainly sees that trend continue.

Titled ‘What is the HP Chromebook anyway?’, the ad does a stellar job of explaining the basics of what a Chromebook is – “It can do anything a regular laptop can!” – and why you, the viewer, would want one – “It has the biggest screen of any Chromebook – so you can watch Netflix!” – but washes it down with some humour and clever editing.

While the format seems more conventional and explanatory than Google’s own adverts for their ‘flagship’ Chromebooks, it still feels fresh and engaging. What it lacks in excessive jump cuts, colourful titles, and strange indie music it makes up for with funny lines and informative snippets on Chrome OS features; e.g., auto-updates, built-in security and app and document sync.

Here’s hoping that no Chromebooks were harmed in the making of the ad!

Home » Video » New HP Chromebook Ad Is Funny, Informative And Not As Weird As Google’s Efforts 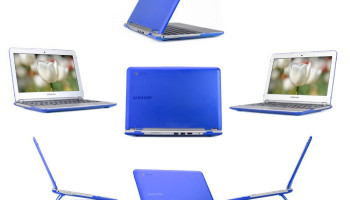