Google has announced that ‘legacy packaged apps’ will no longer be published on the Chrome Web Store as of this week.

Furthermore, all existing legacy apps will be hidden from search by the end of the year, and will stop working entirely by June 2015. The move, insofar as we’re aware, does not affect traditional ‘hosted apps’ of which Google itself has many.

The move is one of several policy changes to be announced for the Chrome Web Store this year. Google previously detailed a tweak in the criteria for browser extensions, which some have seen as part of an effort to combat a rise in bloated, buggy and spammy add-ons.

Hosted apps — ‘glorified bookmarks’ that open a regular website via a launcher icon to the App menu — are not affected by this change, nor are traditional browser extensions, which typically extend the functionality of the browser rather than present a standalone user interface.

Legacy Packaged Apps provide all of their content (HTML, CSS, etc.) in an archive downloaded from the store at the time of installation. These apps can work offline and access some extra APIs. Google describes these packaged apps as “extensions that have the additional ability to present an app-like interface.”  These are affected.

Chrome Apps are, in many ways, best though of as ‘Packaged Apps Deluxe‘. These are also distributed as bundles, work offline and run as a ‘standalone’ window outside of Chrome.

But, unlike the legacy ilk, Chrome Apps have access to newer and more secure Chrome-specific APIs, such as system notifications and file manager functionality. They can leverage system hardware like graphics cards, USB devices, Bluetooth and webcams to offer improved features and deliver native speeds.

Google say that developers can continue to update their legacy packaged apps until June 2015, but that they won’t be visible in Web Store search results from later this year.

A migration guide has been posted on the Chrome Developer website with more information for those looking to upgrade their legacy packaged apps to a Chrome App or convert it to an extension. 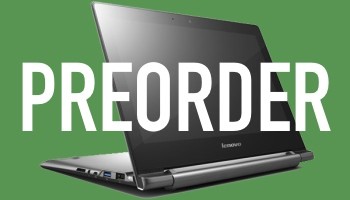