More of your favourite Logitech Unifying computer accessories may now work with your Chromebook thanks to the launch of a new app, Logitech’s PR folks have told us.

The free Logitech Unifying Chromebook app — which also works with Chromebox and Chromebase, too — allows as many as six mice, keyboards, wireless headsets and other PC peripherals to be hooked up to your Chromebook through a tiny USB receiver.

Logitech say they ‘worked closely with Google’ to make sure that compatibility of their devices is as good as it can be, but do note that enhanced function keys on some of its keyboard may not work with Chrome OS.

Among the existing accessories said to already work on Chromebooks running the app are the Multi-Device Keyboard K480, the wireless H600 headset and M3 series mice.

More details can be found on the logitech.com/chrome webpage, while the ‘Unifying receiver app’ itself can be downloaded and installed for free from the Chrome Web Store.

Do you have a Logitech accessory you’d love to use with your Chromebook? Let us know in the comments below. 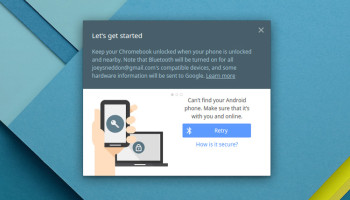 How To Set Up Smart Lock On a Chromebook
Read Next