Take a quick perusal of our Google+ Community and you’ll come across lots and lots of Chrome OS screenshots, typically from people showing off their desktop wallpaper.

Being a nosey so-and-so — something content for this site hinges on this, after all — I often look at these awesome desktop snaps to get an unscientific glance at what apps are proving popular or most frequently used, and maybe discover a few new ones to write about.

It might even be something you do yourself. I’ve often been sent comments similar to these after posting a few of my own screenshots:

“What’s the app with the red icon? What about the one with the blue dot in the middle that’s left of Gmail, and 2 spaces right of Spotify? How’d you get Feedbin on your panel?”

This got me thinking. Rather than coyly hunt for screenshots, why don’t I make it a bit of a ‘thing’? And so…

What’s On Your App Shelf?

This is the question I’m asking the Chrome OS users amongst you. Which apps, be they packaged or hosted, do you keep festooned across your app shelf? Are they your favourites or simply the ones you use the most?

To kick things off here’s the desktop shelf of my Chromebook. The apps I keep pinned are not necessarily my favourite apps, but they are my most used. In keeping them pinned they ‘sync’ to my other Chrome OS device, helping ensure I always have the same apps, in the same spot, almost literally to hand.

From left to right.

So, over to you: which apps do you have pinned to your Chrome OS app shelf and why? Let us know in the comments below, on Facebook or in our Google+ Community — and don’t forget to share a screenshot, too!

Opinion app shelf over to you

Home » Opinion » Which Apps Do You Have Pinned in Chrome OS? 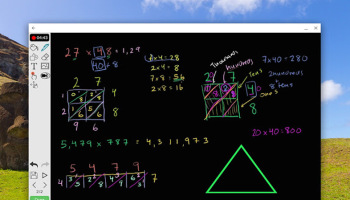