Microsoft has finally ended support for Windows XP, leaving millions of users around the world at the mercy of malware, unpatched security holes and exploits.

Scary sounding stuff, right? With a modern browser like Google Chrome, which is supported on Windows XP for another year, and a decent anti-virus package like Microsoft Security Essentials, also supported until 2015, you might be able to eke along safely for a little while longer.

Not that you should, mind. Windows XP is old hat; it’s been around for more than a decade now, a veritable eon in computing terms. Every day you put off switching is another day lost using a stress-free, safe and modern computing alternative.

So you’re sat at a Windows XP box running on hardware that even museums would baulk at displaying; or you’re tapping away on a clunking heap of plastic once called a laptop, now just a junktop.

To avoid the XPocalypse you have three distinct choices:

Given the name above the door you won’t be surprised to hear us recommend the last of these. Here’s why. 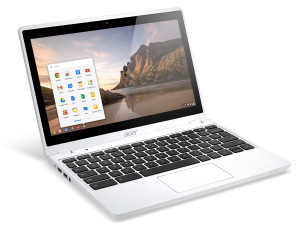 Let’s tackle the biggest incentive: compared to Windows laptops Chromebooks are much, much cheaper.

Why? The chief reason is that Google provides Chrome OS, the operating systems used on Chromebooks, to PC makers for free. This saving is passed on to customers in the form of a lower RRP.

Whatever the Chrome, from powered off to online in as little as 10 seconds!

Depending on the size and power you think you’ll need you can pay as little as $179 for a brand new device from sites like Amazon.

The fact that you don’t need to run virus software or malware protection on Chrome OS always comes as a shock to Windows users.

This isn’t a fluffy bit of advertising; the OS has been designed by Google to be as secure as possible from the ground up.

While you still need to keep an eye out for phishing scams (this is when rogue websites pretend to be legitimate ones) and continue to exercise caution when sharing data online, this is true of any OS, including Windows.

Coming from Windows XP you’ll be used to working in a certain way. For the most part you’ll find the interface very similar. 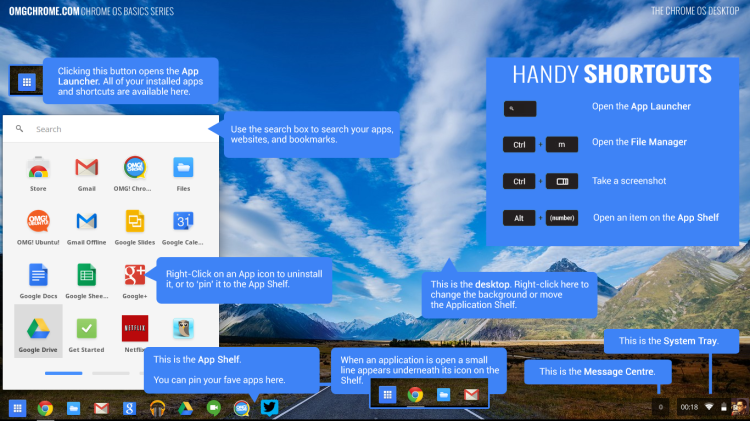 Just like Windows, you have a desktop and a ‘start menu’ where you can launch and search for applications. A task bar sits along the bottom for launching favourites faster and switching between those that are open. To the far right sits a system tray and notification centre.

While there is a slight learning curve involved, and a number of things are different, it’s all incredibly straightforward to get to grips with.

Yes, You Can Work Offline

As for working offline? It’s a common myth that Chromebooks can’t do anything offline. 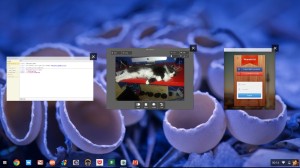 A huge array of applications support offline working, including Google Docs (for all your office needs), audio and video players, photo editors and games.

They Get Better All The Time

Google push out fresh updates to their Chromebooks every month or so. These add new features, improve performance and make things more secure. Updates are downloaded in the background and are installed when you switch off.

Better yet they’re free: you never have to pay for upgrades.