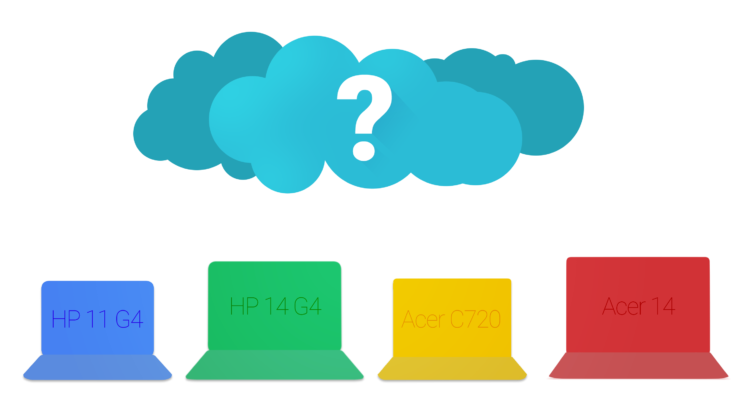 Dear Chrome OS Team, OEMs, Google marketing folk, and whomever else this may concern…

In 1998, soon after Steve Jobs returned to Apple, he announced that he and Jonny Ive were collaborating to ‘breath new life’ into the flagging company.

Over the next 9 years Apple would unify its branding with the infamous “i” line of products starting with the iMac, followed by the iPod, iPhone, and the rest of now-famous products.

Apple was profitable again thanks to unifying their brand and their products under its iLife umbrella. In the following years, other companies followed the trend of trimming the fat – reducing complication in the lineup of products, simplifying the buying process and, of course, establishing brand identities.

A company that I thought did this really well during this time was Motorola. It was simple:

Moto X is their high-performance Flagship driven by the power of the “build your own phone” tool – Moto Maker.

Moto G in the mid-tier range which became Motorola’s best seller. Lastly, the Moto E – The best phone you could buy for under 100 USD at the time.

You started seeing this everywhere. Acer Aspire One, Samsung Galaxy S, Google Nexus, even Firefox changed their version structure to match Chrome’s to stay consistent and easier to understand for the users.

‘Do these manufacturers want their customers talking about the products that they’re carrying or not?’

Do these manufacturers want their customers talking about the products that they’re carrying or not?

If a friend told you how much they loved their R3-131T-C1UF, how inclined would you be to remember that model number and go out and buy exactly that machine? I’d say the chances are slim.

Macbook Air on the other hand? Easy. 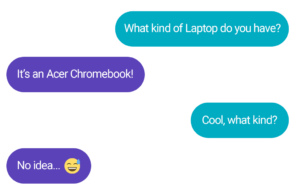 The focus of Chromebooks and Chrome OS is all about simplistic cloud computing and in 2013 that idea really caught on. Chromebooks, in most cases, did not use confusing model numbers and were quite organized in the chaotic market they entered.

For example, HP offered both a Chromebook 11 and a Chromebook 14 at the time. They kept these models to this day and have released new generations of them (labeled “G2, G3, G4”). It’s simple, easy to remember and, because of yearly model updates, still available. Toshiba had the “Chromebook”, “Chromebook 2 HD” and “Chromebook 2 FHD”. Acer with their “C7”, “C710” and “C720”.

Today in 2016, the market looks different. Apple has begun fragmenting their branding in new directions with some products using the famous “i” in front of a product name and others using the apple logo in the i’s place (Apple Watch instead of iWatch). Apple’s sales are down.

Motorola’s lineup isn’t as simplistic and has shed the popular Moto X branding, split their successful Moto G model into a lineup of different types of phones. They appear to no longer have a unified design guide and identity which has left them very unorganized. Lenovo announced it will phase out “Motorola” and keep just the “Moto” in product names.

Chromebooks are no exception.

From the “HP Chromebook 14”, to the “Acer Chromebook 14” keeping track of names has become a nightmare. The Asus Chromebook 13” and Acer Chromebook 13 CB5-311-T7NN. HP and Samsung appear to be the only manufacturers that have kept their lineup easy to understand with the consumer in mind. I personally have recently purchased a HP Chromebook 11 G4 because I didn’t have to research very much due to it being easy to find reviews on.

As the industry continues to fragment, I urge the Google Chrome OS team and the Chrome manufacturers to resolve this mess. I believe in giving manufacturers the freedom to build the devices they want and market them how they see fit.  Although, in my opinion, Google should step in and create some structure to stop overlapping model names and to create structure to help consumers determine things like which models are current and which are outdated.

It could be as simple as creating a naming scheme.

How about “Manufacturer – Chromebook – Model/Series – Year/Generation”?

The industry can no longer look at Apple as the mold for product marketing, and I beg Google and their affiliated manufacturers to take a step back and to take control of this impending mess.

Let’s keep the market simplified and not fall down the rabbit hole of confusing model numbers.