The Dev Channel of Chrome OS has been updated this evening with a bunch of minor changes.

The Launcher item for Google Chrome can now be repositioned anywhere on the app shelf. Prior to this update it was locked to the far left-hand side.

With the arrival and promotion of packaged apps, Chrome devs initially sought to add distinction between the older ‘shortcut’ style web apps and these newer, near-native offerings on Chromebooks.

Their solution was to add a small ‘arrow emblem’ to app launchers. The result was pretty… unpretty.

As we mentioned last month, the decision was taken to remove these emblems from the app tray on Chrome OS (but not on Windows or Mac OS X). I’m happy to see that, with this update, they have been removed.

The new Message Center sees a little bit of love in this release bump. A new ‘pause’ feature for silencing notification toasts for a day, and new icons for ‘Notification Settings’ and ‘Clear All’ feature. 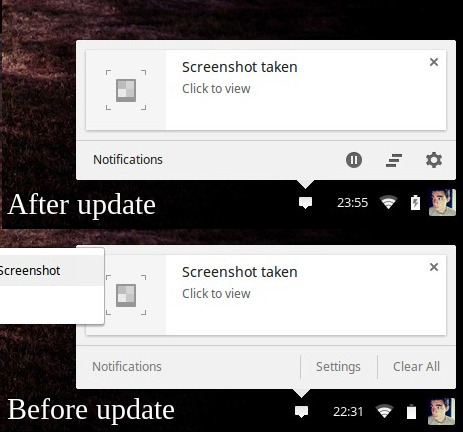 The top hit from the Chrome Web Store is now shown in the App launcher when searching, and results for apps already installed can now be right-clicked. 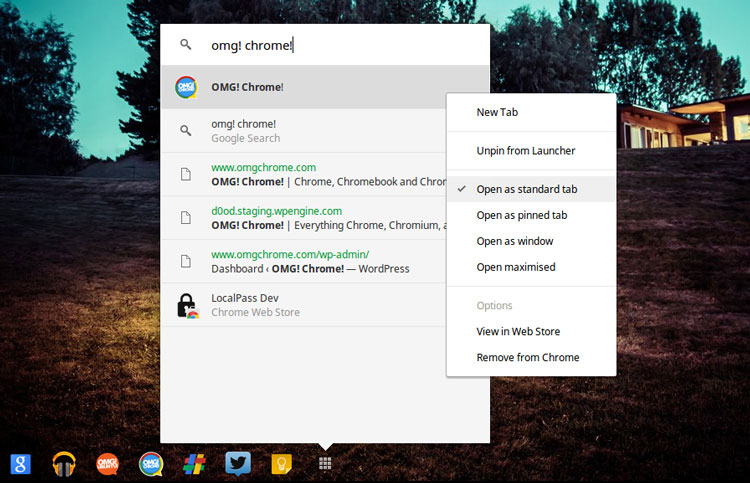 Use one of the default Chrome OS wallpapers? The latest dev updates now syncs this choice to your account. Admittedly this won’t be overly useful unless you use Chrome OS on more than one device, but it’s still neat to see.

Chrome OS Dev Channel is bumped up to 29.0.1520.2, platform version: 4191.0.0 and is available for all Chrome OS devices, including the Samsung Chromebook (which sometimes lags behind).

In addition to the features changes listed above there are the usual smattering of bug and security fixes; an updated version of Flash; and the Google Talk plugin has been bumped up a dot, too.

As always with features added to the dev channel it’s entirely possible that what you see above will change before it filters down to the Beta and Stable channels.