After releasing their first Chromebook, the X131e, just a year ago, Lenovo have announced that they’ll be shipping “multiple Chromebook models” this year.

CNET reports that the world’s largest PC vendor will be releasing a number of Chromebook models by the summer, at “multiple price points and configurations”.

The president of Lenovo North America spoke to CNET about the company’s plans, noting that “we believe the market will accelerate greatly in the next 12 months”. His comments come after market research firm NPD reported that Chromebooks accounted for 21% of US commercial laptop sales in 2013.

Lenovo’s year-old X131e Chromebook has not been offered to consumers, but features a more rugged design perfect for classroom use. With commercial sales as strong as they are, it’s unclear whether Lenovo will be focusing more on the education and business market alongside Google’s recent initiatives or if they’ll be expanding significantly into the consumer side of Chrome OS devices.

If the latter, Lenovo have their work cut out for them. The Chromebook market is growing rapidly and few manufacturers are going the extra mile to differentiate their offerings from their similarly specced competition. If Samsung roll out the rumoured upgrade to their popular ARM-based Series 3 Chromebooks, Lenovo will need even more to wow consumers without holding their wallets hostage. 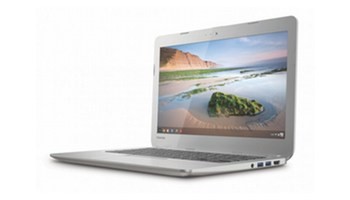